The Biebrza National Park, 59,223 ha, was founded in 1993. Out of the total park area, marshlands cover 25,494 ha, forests – 15,547 ha, fields and meadows – 18,182 ha. It is the largest marsh complex in the Central and Western Europe.  Fens are dominated by sedges, transition mires and raised bogs cover big territories.  Reeds grow on large areas. Spruce, birch and black alder forests prevail in the river valley. Only in the so-called Tsar Road segment dry pine forests spread around.  In 1995, the Biebrza National Park was included into the List of Ramsar Convention - designated as a site of worldwide significance for waterfowl and waders.

The Red Marsh, a part of the Biebrza National Park, was designated as a site of significance, primarily to preserve the population of moose.  It covers the marsh complex, 11,630 ha, which is under strict protection. Here raised bog prevails, smaller areas are occupied by fens and transition mires. 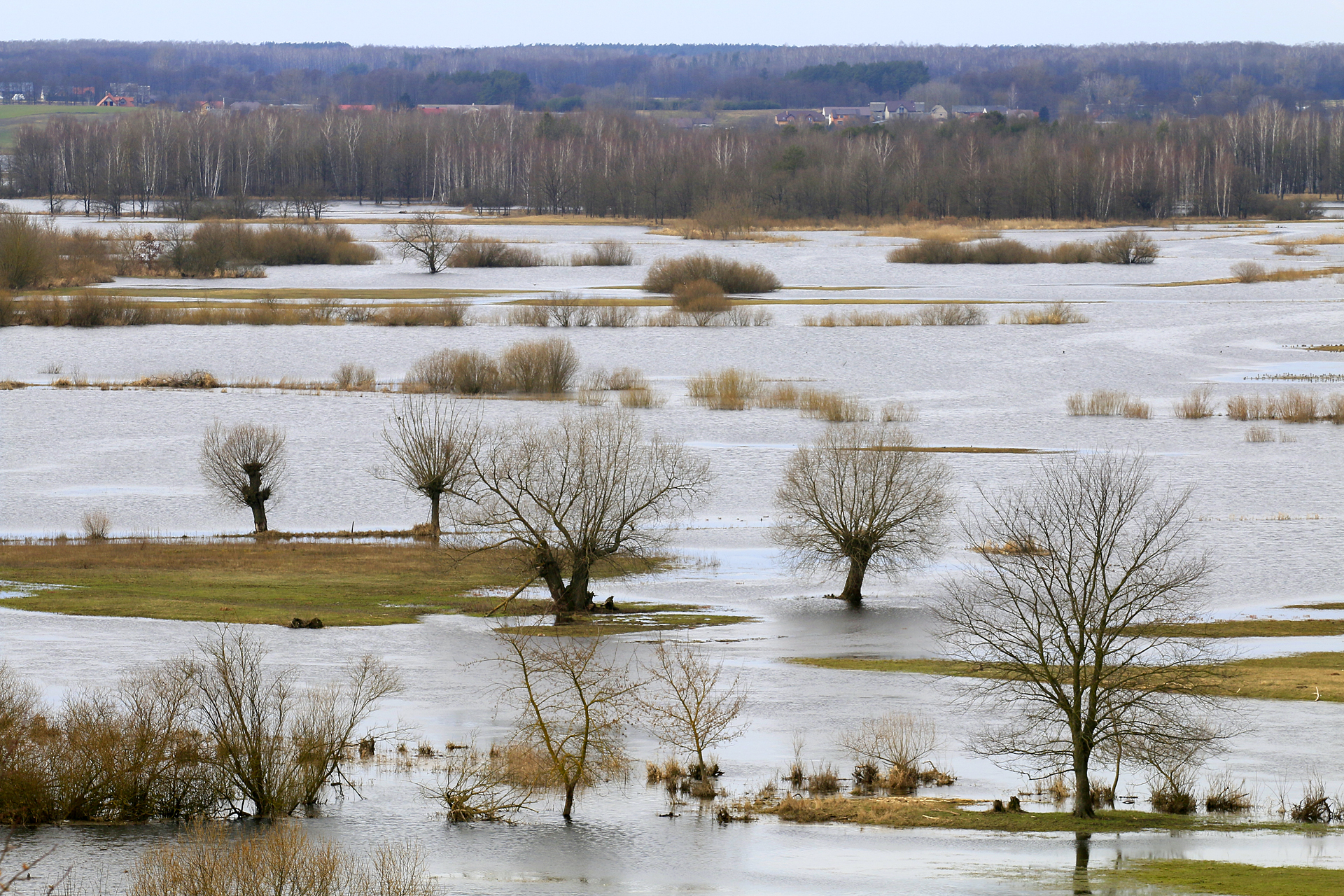