Distribution of individual fauna species and their abundance in this area provide uniqueness to the natural values of the region of Dzūkija. First of all, attention is drawn by species occurring in the southern part that are extremely rare or not found in the rest of Lithuania.  A couple of decades ago common tree frogs were found in southern Lithuania that spread here but did not move further northwards.  In Lithuania, the pond turtle lives since old times, and at present it is found solely in southern Lithuania. The situation of the smooth snake is similar, it is found only in the south-east of the country and Karšuva where sand fields and continental dunes spread. The European Roller that used to be a common bird has become nearly extinct. A small and stable population of this species is found only in the region of Dzūkija, at Druskininkai.

The Čepkeliai Reserve is an important resident site for birds of swamps and forests. Here, rare birds such as Three-toed, White-backed and Grey-headed Woodpeckers, Boreal and Eurasian Pygmy Owls, Lesser Spotted and White-tailed Eagles, Black Storks breed. The biggest Lithuanian population of Wood Sandpipers, one of the most abundant populations of European Golden Plovers, numerous breeding Common Cranes are found in the Čepkeliai mire. The mire and forests on its edges are the most important site for survival of Capercaillies in Lithuania. Here, an abundant and viable population of this species is concentrated. Besides, these sites are important for Black Grouses. 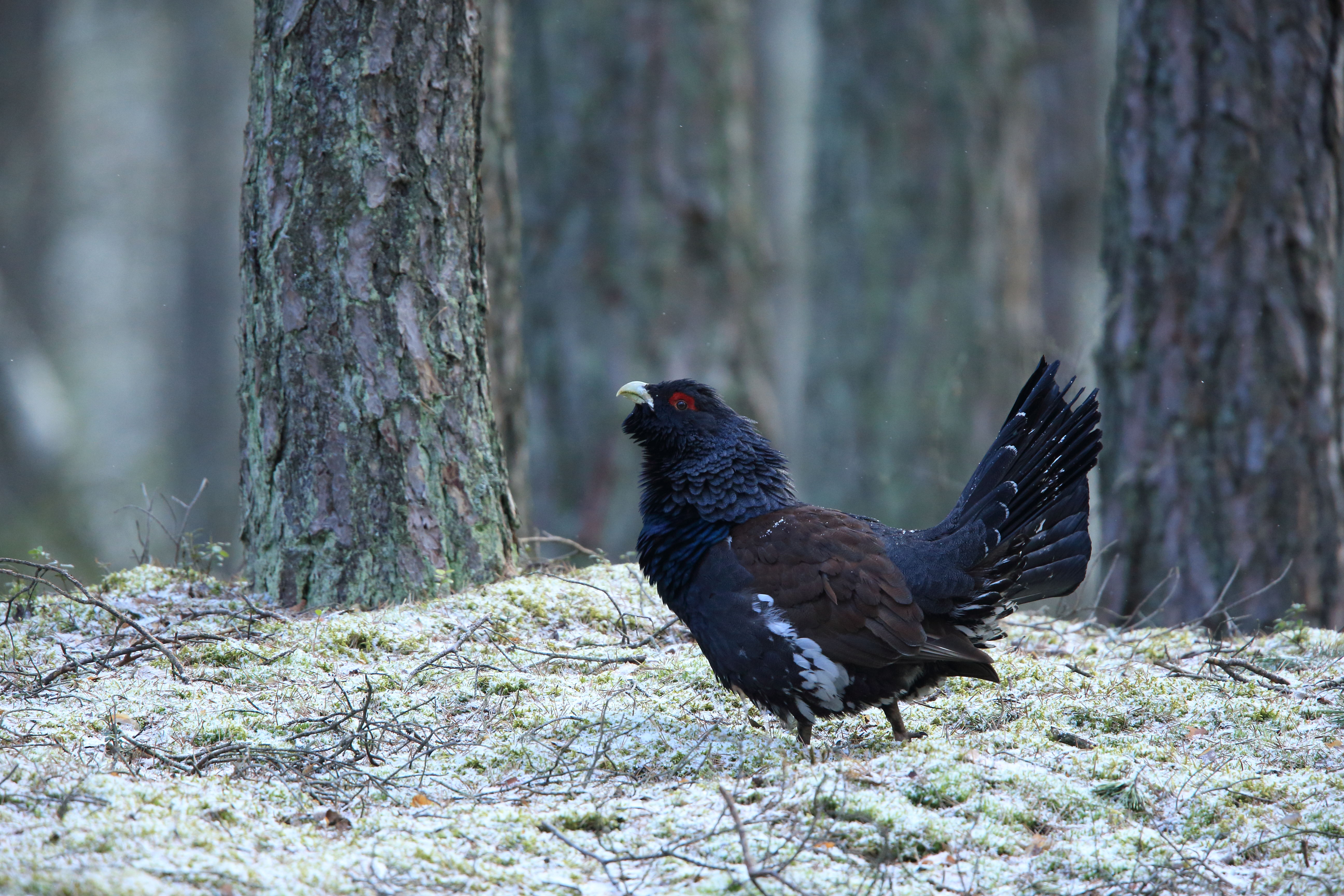 Clear and cold rivers of Dzūkija are important for wintering White-throated Dippers. Common Kingfishers settle on sandy slopes of the rivers. Islands of the Nemunas river are important for Little and Common Terns, Black-headed Gulls, the islands at Merkinė and Lipliūnai, in particular. At the Nemunas river and its riverside, raptors settle and hunt, such as Red and Black Kites, White-tailed Eagles. Large lakes of Dzūkija are important habitats for waterfowl. Lakes Dusia, Metelis and Obelija are most suitable for migrating waterfowl. Big flocks of various species of ducks, geese, swans, Eurasian Coots stop here. In lake Niedus (lake area of Veisiejai) a big colony of Black-headed Gulls and Common Terns is found since old days.

Pine forests extended in southern part of the country are very important for preservation of capercaillies, Boreal Owls, European Nightjars, Eurasian Hoopoes, Woodlarks. In the Rūdininkai and Dainava woods important lekking places of Black Grouses and Capercaillies exist. Open dunes in the area of the former military polygon in the Rūdininkai wood are habitats of Tawny Pipits.

The region of Dzūkija is extremely interesting from the botanical point of view. In the vicinity